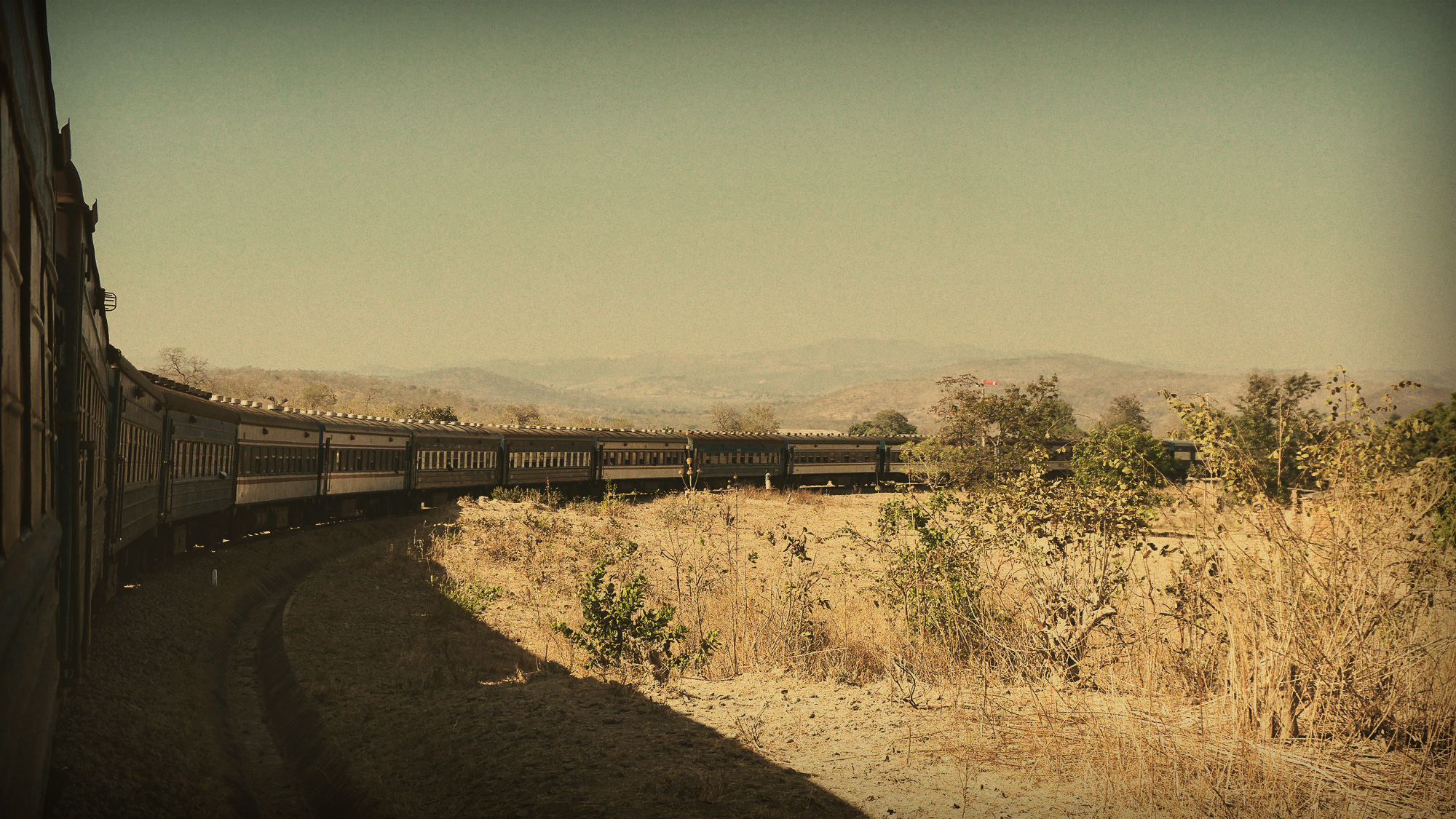 After Tanzania and Rwanda we wanted to make our way down to Malawi and continue our African journey south from there. We couldn’t find any low cost airfares from Kigali, so we ended up flying back to Tanzania and board the only passenger train operating in the country – The Tanzania-Zambia Railway. The train would take us on a 24+ hour journey from Dar Es Salaam, across the southern countryside of Tanzania and down to the town of Mbeya, close to the Malawi border. However, as soon as we boarded our ramshackle railway carriage, we started to doubt if it was even capable of getting us that far in one piece. 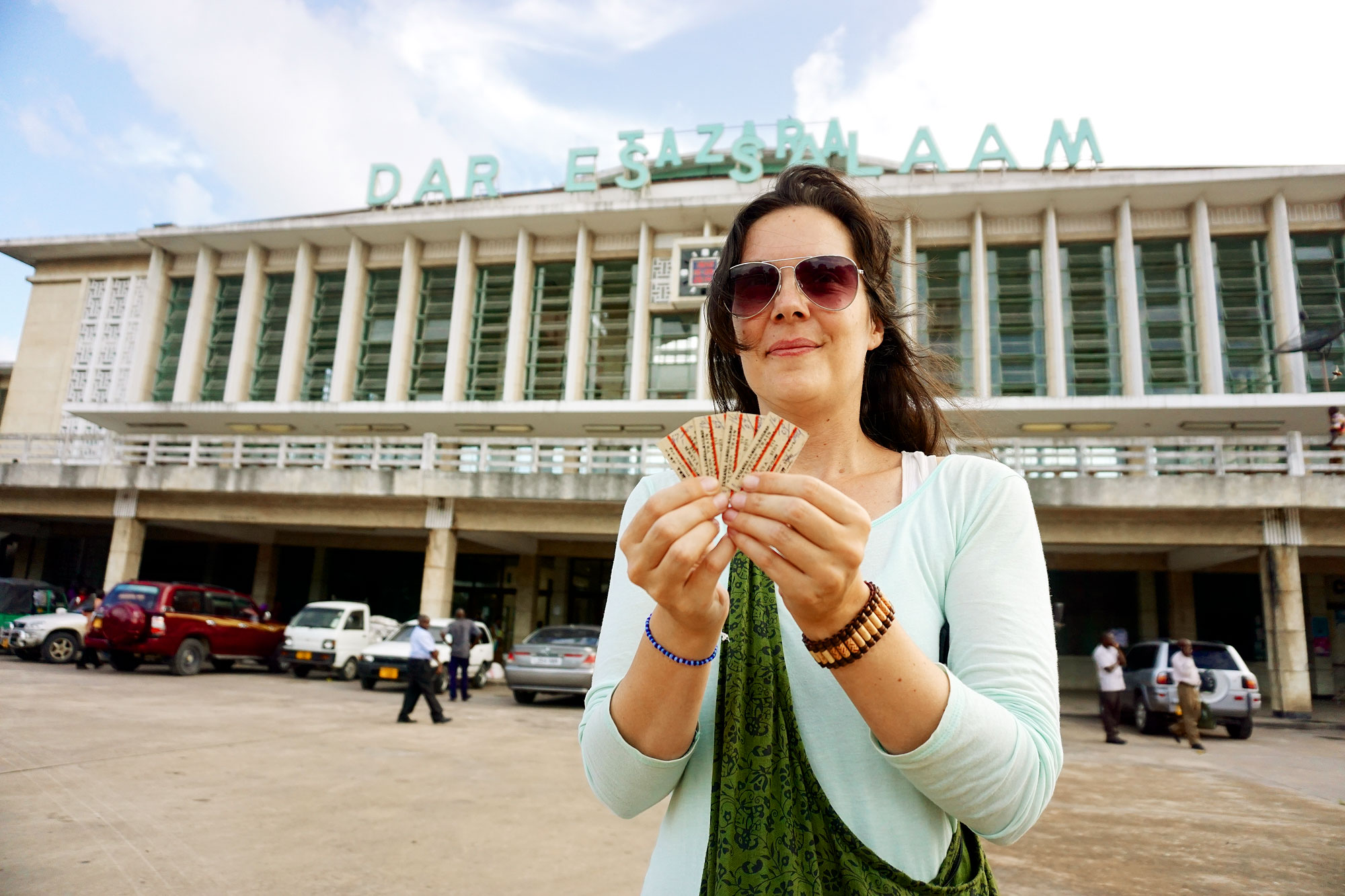 After successfully purchasing tickets at the train station in Dar Es Salaam we were excited to make this journey, our first by train in Africa. The next day we arrived at the station in good time and located the VIP “lounge” our tickets entitled us to occupy while waiting, a room with some seats and a TV-set showing African soaps. The atmosphere at the station is hard to describe – hundreds of people spread out in the huge waiting hall, some lucky enough to have seats, the rest sitting on the floor or just standing around. There were small booths where you could buy soda and even simple meals, prepared in tiny spaces on simple equipment. We were extremely hungry, but after observing the state of hygiene at these “kitchens”, where used plastic plates and cups were simply dipped in soapy water before reused, we decided to forgo the hot meals and settle for some simple bread and a couple of bananas.

We had heard that the train was known for its lack of punctuality. In fact, some of the horror stories we’d heard included as much as 6-10 hour delays – at least in one case caused by an elephant on the tracks refusing to move. But we were completely at ease and prepared for anything – it’s all part of the adventure, right? Luckily for us, on this day, it was merely a couple of hour late. After an inaudible message on the PA system, people finally started to scramble towards the train, and we followed. We boarded the old and rusty car, and located our compartment. It is not allowed for women and men to occupy the same compartment unless one pays for the entire 4-person space, which we had done. It was a small room with four fold away beds, simple but ok. We settled in and waited in excited anticipation for what should be a comfortable ride. Or so we thought. 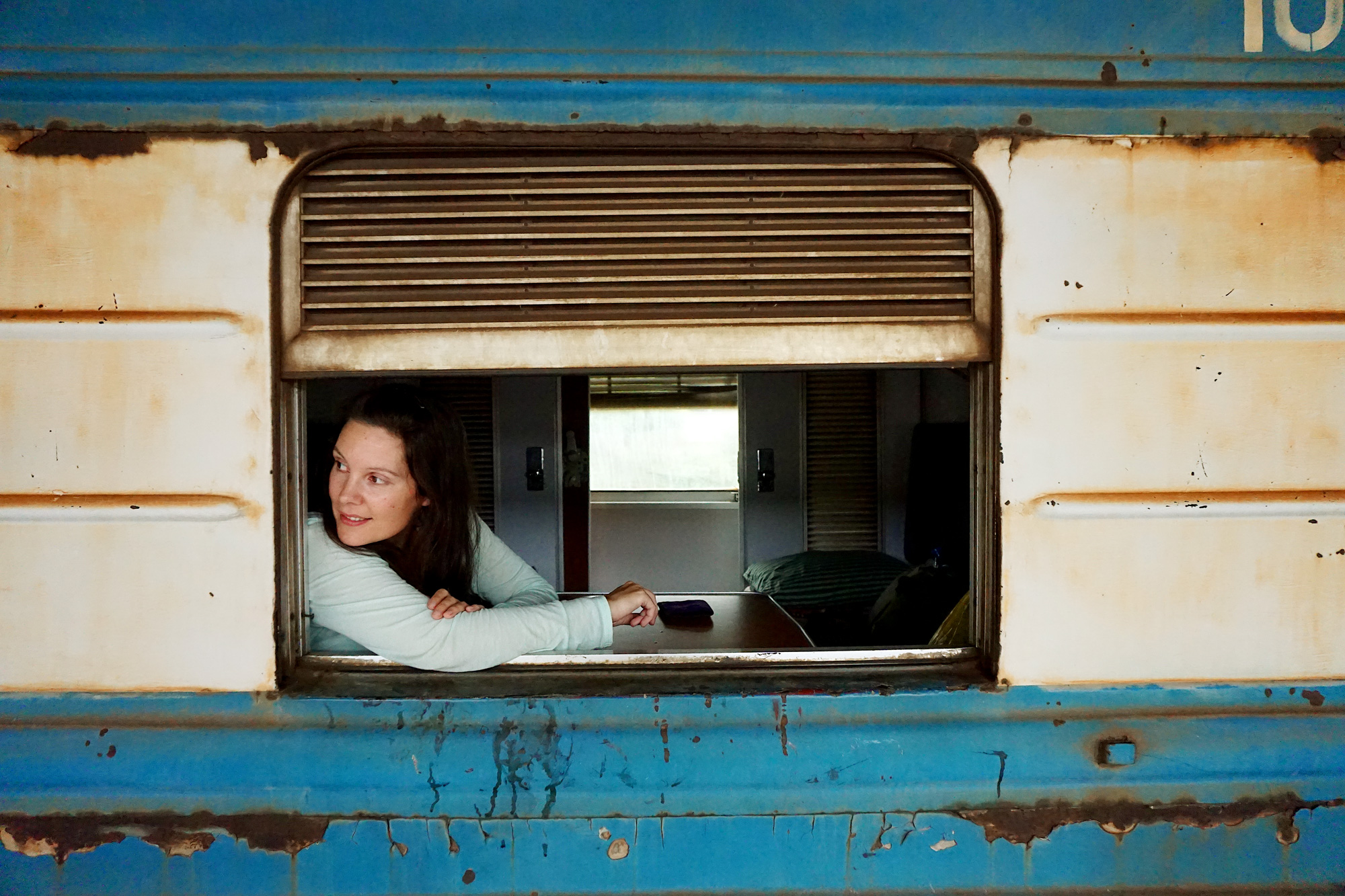 After slowly moving out of the city and into rural areas, the train started to pick up speed. Now, the lack of proper maintenance of the railroad since the Chinese built it in the 70’s started to show, as the train bounced and wobbled violently on the uneven tracks.

After slowly moving out of the city and into rural areas, the train started to pick up speed. Now, the lack of proper maintenance of the railroad since the Chinese built it in the 70’s started to show, as the train bounced and wobbled violently on the uneven tracks. The dry and sadly inedible chicken dinner we’d just been served skipped around on our table while we were thrown up and down in our seats with alarming force. We broke out in nervous laughter at what felt more like a ride on an antique roller coaster than a passenger train. It seemed unlikely that we would survive. But, what the ride lacked in comfort, it more than made up for in charm and scenery. The savannahs, mountains and villages offered an amazing view outside our window. As we slowly passed through villages, local kids ran screaming and waving in excitement while farmers came up to the windows offering bananas, sugar canes and other produce to travellers.

As soon as we were out of populated areas, however, we’d speed up again and the insane bouncing and rattling would commence. After a glorious sunset, night was falling, and it was time to test the on board “lounge car”. Perhaps some alcohol could calm our nerves and get us through the perilous night that lay ahead. The lounge car had an atmosphere that almost defies description, filled with jolly locals holding on to their bottles of Kilimanjaro beer and local booze while trying hard to keep conversations going over the deafening roar of the train – as well as the two TV sets blasting african dance hits at full volume. Others were sleeping, collapsed in exhaustion and/or drunkenness, and a couple of backpackers without pre purchased tickets had set up camp. We sat down with a drink of rum and mango juice, the only cocktail the bar served, and soaked up the experience for a while before heading back to our compartment to get ready for bed.

After a surprisingly adequate night’s sleep, we woke to a knock on the door. It was time for breakfast. The scenery outside had changed a bit since the day before, now dominated by the volcanic mountains that surrounds the Mbeya region. We sat and enjoyed the view out of our open window for a couple of hours before the train slowed down, and finally stopped at Mbeya train station. 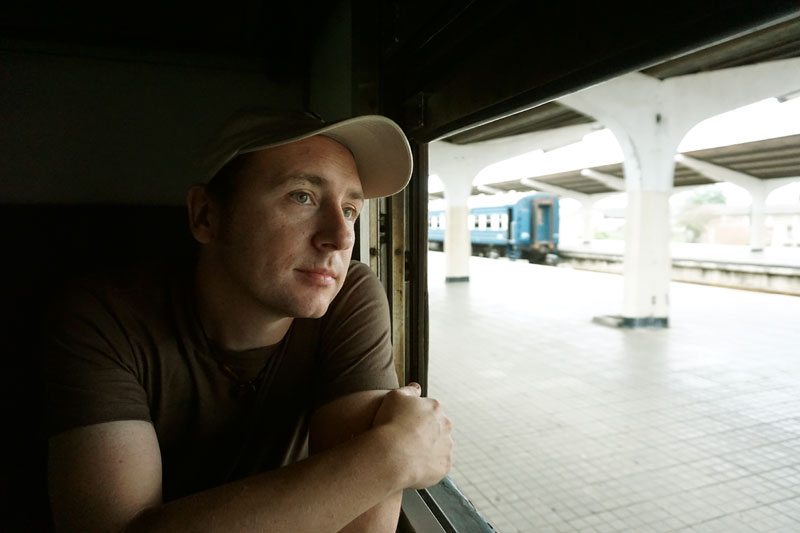 Waiting for the train to leave the station … only two hours after scheduled departure. 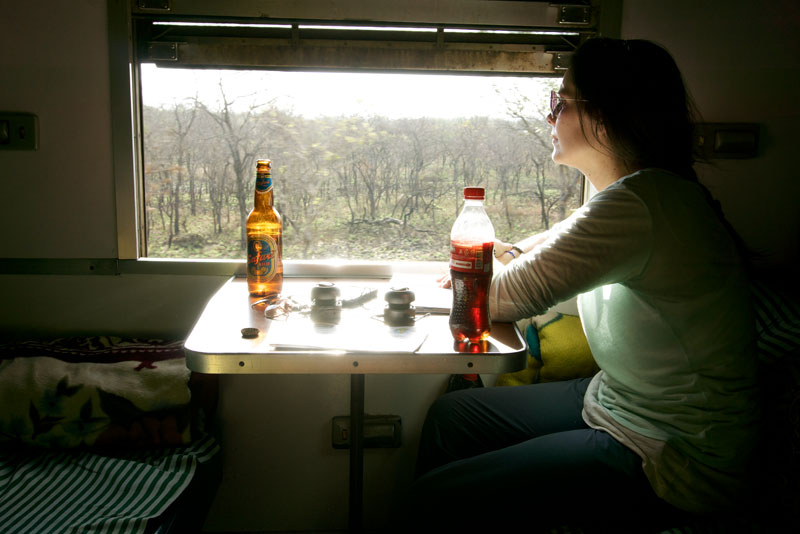 Enjoying free game-viewing as the train moves right through one of the biggest game reserves in the world, Seolus. 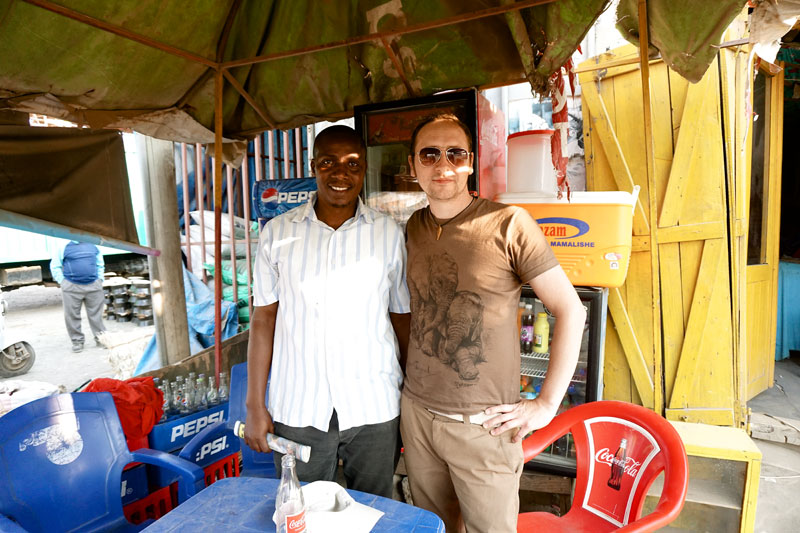 Once we arrived, we met a lot of wonderful people in Mbeya.

See more photos from the journey